The Next Ten Years Starts Here 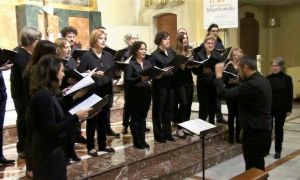 I have quite a unique perspective in my position as part of Contrapunctum. I am not the only singer that is not native Spanish but I am the only person who does not speak fluent Spanish, in fact far from it. Like many British in Spain I have relied on the fact that English is a common language and probably the most popular second language. However, I sing in a choir in which Spanish is the first language, direction is given in Spanish and some of the pieces are in Spanish, although because of the choir's chosen specialty a lot of music is in Latin. If you are reading this in Spanish, you can be assured I did not translate this.

I have been in Spain for exactly 10 years but unfortunately did not come across the choir until early 2010, purely by chance, but that is another story.

At first being part of the choir gave me a great deal of musical satisfaction. Since arriving in Spain I had found a cultural vacuum (the Benidorm music scene was not very high brow). However, very quickly I realised that the most important aspect of being part of this choir was the way every member of the group made you feel welcome, part of a whole, regardless if they could speak English or not. I cannot imagine a Spanish person with no English in a UK choir having the same experience.

Very soon after joining the choir we had a concert in Caudete, and here came my second surprise, the venue was packed. I was used to a concert of this type, in the UK, having a very poor turn out.

So, as I stand, waiting to go into the Church for the choir's tenth anniversary concert, my thoughts start to wander about what this choir means to me.

You have probably guessed by now that this is not a typical review of a concert. The concert was a huge success, and as usual had a good audience turn out. Every member of the choir performed well and some deserve special mention. Susana sang a solo in Maria Matrem Llibre Vermell de Montserrat. I first heard her sing this in Barcelona. She sang it well then and every time she has sung it, it has improved. This demonstrates another strength of the choir, letting people grow, develop new abilities. Alba sang more than one solo and as before played the harp. I remember hearing her sing at her audition for the choir and it is so good to hear how her voice had developed over time.

The choir still has three original members Ana, Samuel and Agustin. This does mean that there have been many faces come and go in its ten-year history, but the spirit remains the same.

One person remains unmentioned. Jose has provided the musical leadership of the group since its start. He has skilfully developed and trained the choir to improve, introducing music of increasing difficulty and embracing new ideas and styles. We all owe him a great deal, myself included.

So, while thinking about what this group means to me, I wondered what it means to others. Below you will find some of the thoughts from the current members of the choir.

So, we now look to the next ten years, stronger than ever.

“Contrapunctum introduced me to the fascinating world or Renaissance music. It is a happy coincidence to find such a multifaceted  group of people sharing this passion. It is comforting and warming singing such a delicate repertoire, learning about its composers, the era and experience the music. It is simply amazing that ten years ago, a group of people decided to make their ideas real and founded this choir. This choir enriches my life day after day.”
Inma

"When I stopped working and had more time, I had no doubt, I wanted to sing in a choir!" And I was lucky enough to meet Contrapunctum and a repertoire, practically unknown to me then, that captivated me from the beginning. Choir is for me a very important part of my life, both for the music and for the healthy friendship and the "good vibes" that unites us.Thank you all for being there!”
Dagmar

"For me, being part of a choir, with a certain repertoire, is something fundamental in my life, and in this case is covered by Contrapunctum: SONG AND FRIENDSHIP."
Magdalena

"I have been the last to join Contrpunctum and the truth is that I feel enchanted and overwhelmed by both the affection and art that is perceived as being inside the group and projected in the concerts."
Maria ¨Luisa

"For me means to be in contact with a beautiful and unusual music."
María

"In one of the most difficult years of my life, Contrapunctum is one of the pillars where I hold on tight because I know you will never let me fall.”
Susana

"Contrapunctum allows me to travel to the Renaissance, find Beauty, and also find friendship. Thank you for making my life more beautiful."
Sonia 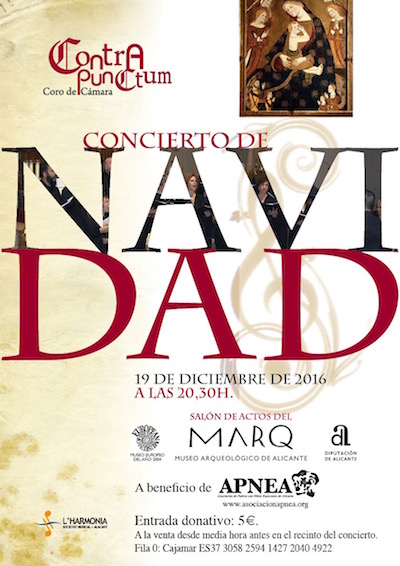 Contrapunctum Chamber Choir presents to you a miscellany of histories. Songs dedicated to a mother, who gave birth to her son in the middle of the night; Magi that followed the good judgments of the stars and motets that give us to understand the mystery, the greatness and the joy of Christmas. Like gears of the same tradition, Victoria and Palestrina give us their genius as composers of motets that will remain in history as sublime musical pages.

Stories that come from different legacies: Llibre Vermell, Songs and Spiritual Villains, Songbook of the Duke of Calabria. Different sources, different purposes and a common element: they sing of a newborn God. As will the sailors saved from a shipwreck, who do not hesitate to raise their voices to heaven, after the reward of the ransom. This is, in essence, the story that will be presented to us by Mateo Flecha in La Bomba. All this hodgepodge gives us the satisfaction of a captivating evening, you will discover intense and magical music. Enjoy the concert. 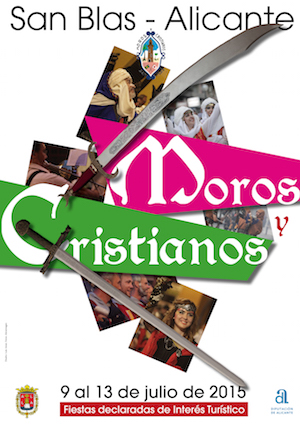 We hope everyone has very good time and enjoys themselves during the parades and the holiday. 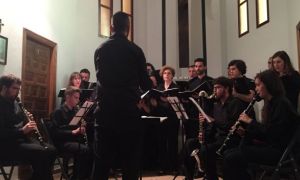 Last Saturday night was, for me, a musical treat. To experience music from multiple European countries performed in an entertaining and friendly atmosphere was such a treat. No I am not talking about Eurovision but the latest concert from Contrapunctum Chamber Choir.

The concert was in the beautiful location of the San Roque Chapel set in the old town of Alicante. The venue may not be the largest but does posses the most fantastic acoustic that could only help augment the beautiful music that was going to be performed.

Not deterred by the hike up the hill (and the lack of oxygen at the top) the audience filled the Chapel leaving standing room only and it was great to see many familiar faces, regular concert supporters as well as a sprinkling of past choir members.

The concert music took a sacred theme, so we were not treated to Contrapunctum's repetoire of secular pieces, no suggestive Madrigals or the tongue twisting "La Bomba" this evening but the serious nature of the music did not in any way make it less enjoyable.

So let’s start our European tour, which admittedly is a little more limited that its modern day counterpart.

The evening started with a Franco-Flamish offering, in the form of two movements from the Mass Pannge Linguna by Josquin Desprez. This beautiful setting of the mass was efficiently performed by the choir. Oscar Marco Munuera fulfilled his usual role of singing the introductions and this time joined by guest tennor Samuel Manzanas Sancho. The Gloria was also enhanced by some lovely intimate moments sung by a quartet.

Moving on in our tour we rather predictably hit Spain for the second part of the first half, with some old favourites of the choir; Ave Maria by Francisco de Guerrero followed by three moments of the Mass O Magnum Mysterium by Victoria. I think it would be fair to say that Victoria must be the favourite composer for this choir and always features in their concerts and rightly so. This mass, as does most of his music, shows what a giant in the Renaissance musical world Victoria was.

After a brief interval the second half started with the English entry (and yes for all of the Scottish readers who will be shouting British at this point, can I remind you that at this time in history you had your own King or Queen). Two pieces formed the English entry If ye love me by Thomas Tallis and Ave Verum Corpus by William Byrd. Here again Contrapunctum showed their versatility dealing with singing in English in If Ye Love Me with great ease. It is so good to hear a Spanish choir singing what are standard repertoire pieces for English choirs but not often performed outside of the UK. It is fitting that these two composers should feature in the same concert. They were both Gentleman of the Chapel Royal and together in1575 they were granted a patent to print and publish music. This was the first time such a patent had been granted.

In between these two pieces we have a little reminder that Spain was hosting last night’s festivities with the performing of O Quan Suavis by Sebastián de Vivanco.

As with all good Eurovision song performances there was a little controversy in the play list for the concert. Ending the second half of the concert, and for me a personal highlight, was the performance of a piece that firstly was not from the Renaissance and secondly not unaccompanied, well if Eurovision can have Australia perform why not a bit of baroque in this ancient version. The Funeral Music, written for the death of Queen Mary by Henry Purcell is a pivotal piece of English Choral writing. It was not only performed for the Queen but also for Purcell himself who died a few months later. The piece explores a wider range of harmonies and dynamic ranges than the choir is used to in it is usual Renaissance faire but they carried it off with confidence. Dare I say I may have even seen a few members of the choir smiling at being allowed to sing loud.

The Purcell was accompanied by a Clarinet Quartet, from Contrapuncum's parent society L'Harmonia, that provided and organ like continuo to the piece, giving the choir the support they needed, and they even imitating traditional tuning.

Well for me if was definitely not "Nil Points" for Contrapunctum last night and from the reaction of the audience I was not alone. I am looking forward to the next concert already.

Remember that Contrapunctum is always looking for new singers and at the moment especially Tenors, contact the choir at This email address is being protected from spambots. You need JavaScript enabled to view it. for more information.